You gotta give it up for our friend Wall-E who is A. a hopeless romantic, B. a trash compactor, and C. a lover of musicals! 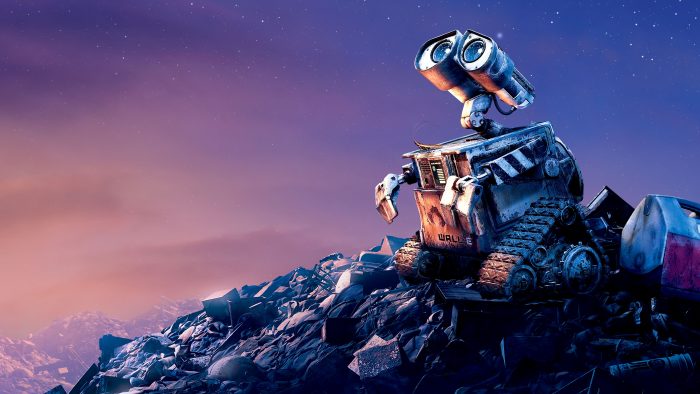 And if you love the little robot dude as much as we do, you’ll be excited to know one of the new Wall-E Loungeflys we showed you a while back has just been released online!

While we’re still awaiting word on when the Wall-E Loungefly Backpack will be released (try saying that three-times FAST!) the Wall-E and Eve Wallet is now available! 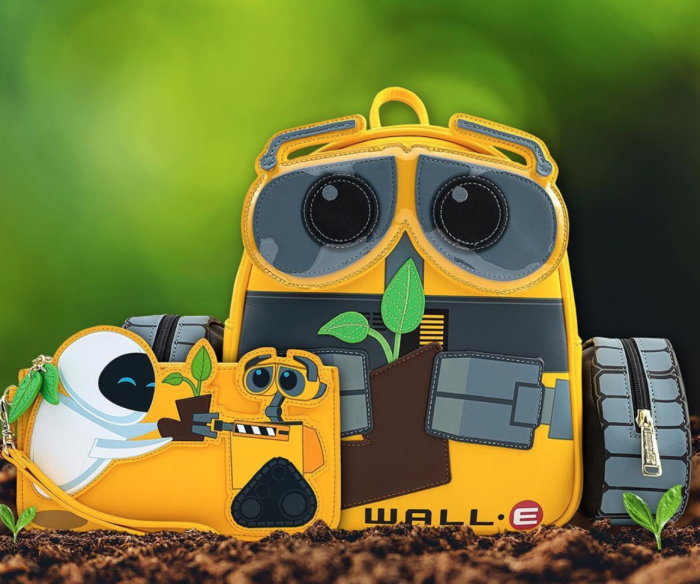 Aww! We remember this classic scene from the movie and it melts our HEARTS! The Wall-E and Eve Wallet costs $40 and shows the two robots holding Eve’s “directive” a.k.a. — a boot with a plant in it! 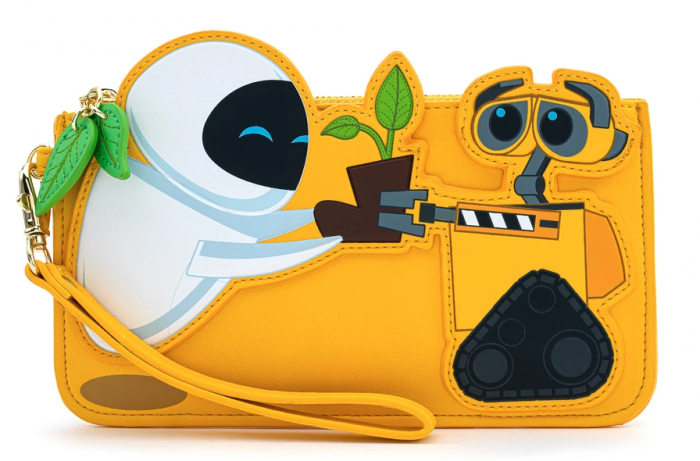 We’ll let you know as soon as the Wall-E Loungefly Backpack goes on sale so you can make tracks and get it! In the meantime, click here to see the new Pirates of the Caribbean Loungefly Backpack that we’re also plotting a course for!

Are you a Wall-E fan? Tell us what you love about the movie in the comments below!

The Pixar robot pair we all know and love is blasting off into a new Loungefly collection very soon! The new Wall-E Loungefly Collection features a vibrant new backpack, and wristlet wallet inspired by the futuristic film. Both new pieces feature the famous plant that brought the robotic pair together too.

WALL-E has a plant for you. He’ll carry it and your other gear in this super-cute WALL-E Plant Boot Mini Backpack. Loungefly is known for its unique backpack styles, but this one is really innovative. It features zippered pouches on the side inspired by Wall-E’s tracked wheels. The pouches also give him more of the iconic shape we know! Die-cut appliques and embroidered details recreate his darling face, and arms holding onto the plant boot!

The wristlet wallet features both Wall-E and Eve! They are both holding the famous plant against a bright-yellow background. I love that this wallet has been given a zippered compartment, and a wrist strap! You can use it as a wallet to pair with the backpack, or use it on it’s own for days when you just need a small clutch!

The vibrant new Wall-E Loungefly Collection is set to debut this month!

Put on your Sunday clothes, there’s lots of world (and merchandise) out there!

While we’ve been at home, we’ve been online shopping up a storm while we watch Disney+. And even if we don’t have green thumbs like WALL-E or Eve, we will definitely cherish these adorable new bags!

The Backpack has two extra “wheel” compartments (we can’t handle how cute these are) and both the backpack and purse feature their little plant. Look at how sweet our OTP is together!! 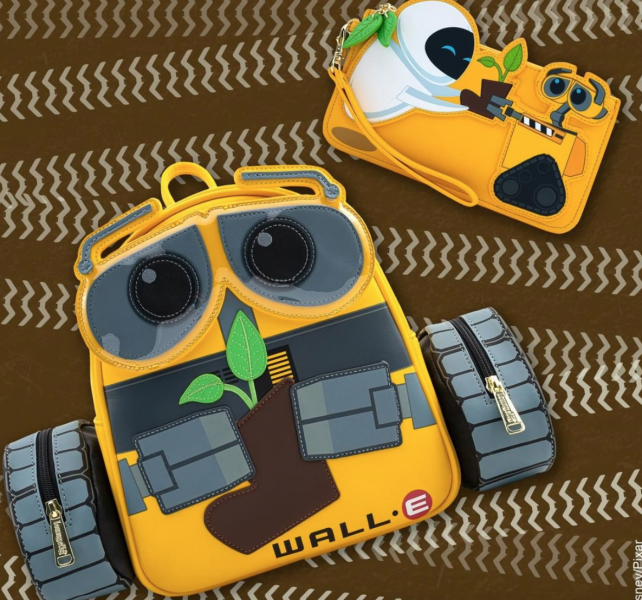 We can’t wait for these new items to roll out online, so stay tuned! Plus, they would just look so stinkin’ cute paired with the WALL-E Alex and Ani Bracelet! If these aren’t must-have pieces of Disney merchandise, we don’t know what is.

From our friends at chipandco.com

Fred Willard, the comedic actor from Disney Movies and TV shows such as Wall-e, Kim Possible, Chicken Little and so many more has passed away peacefully Friday night at the age of 86.

According to Disney Fandom his Disney roles include Shelby Forthright, BnL CEO in WALL-E, the Secretary of the Interior in Planes: Fire & Rescue, additional voices in The Emperor’s New School, Jack Hench in Kim Possible, Dwayne Bouffant in Handy Manny, Melvin the Alien Dad in Chicken Little, Dad Howler in Brandy & Mr. Whiskers, Herb in Good Luck Charlie, Mr. Paulson in Teamo Supremo, Baruti in The Legend of Tarzan, Pa Muchapper in Buzz Lightyear of Star Command, Grandpa Murphy in Milo Murphy’s Law, Mr. Stuffleby in Wizards of Waverly Place and Vic in Hercules The Animated Series. He also appeared on Muppets Tonight in episode 205. He also voiced Mr. Doozy in Mickey and the Roadster Racers, and he played Steve’s Manager in Chump Change, Ben Taylor in Lovewrecked and Mr. Ferguson in Youth in Revolt..

Willard’s daughter, Hope Mulbarger, said in a statement Saturday that her father died peacefully Friday night. The cause of his death has not been released.

“He kept moving, working and making us happy until the very end,” Mulbarger said. “We loved him so very much! We will miss him forever.”

Willard was rarely a leading man or even a major supporting character. He specialized in small, scene-stealing appearances.

Our thoughts and prayers go out to his family.