To say that right now is a tough time for Orlando’s hospitality professionals is an understatement. And for those that are still able to work in Orlando’s theme parks, it can be very difficult to keep going when so many of your colleagues are no longer working. And so, in the spirit of gratitude as we begin the month of November, the month of Thanksgiving, we’d like to share some ways you can show your appreciation for any Cast Members who help make your trip to Walt Disney World a magical one.

As big as Walt Disney World is, they provide multiple ways to get in contact with them. Sending an email to the Guest Communications team is a great way to formalize your feedback. You can imagine this department receives a ton of communication on a daily basis. I have had success reaching out using the email address for Guest Communications, but naturally it does take quite a few business days to hear back. Not every email is responded to, it does depend on the nature of the message. Cast Member recognition is very important and Cast Members are formally praised when an email is received about their kindness or performance.

The email for Walt Disney World Guest Communications is wdw.guest.communications@disneyworld.com. My understanding is this team has unfortunately been reduced as part of the labor cutbacks. If you are able to visit Guest Relations in person that is the ideal way to ensure your praise is formally received.

Sending a Cast Compliment Via Twitter Is No Longer Supported

Many people use Twitter to voice their complaints, especially about airlines. (My heart goes out to social media managers for airlines.) Once upon a time you could give a quick shout out to a Cast Member and tweet to @WDWGuestService with #CastCompliment. Sadly, this account closed up shop months ago. You can still tweet @WaltDisneyWorld, but the formal Cast Member recognition through Twitter is no longer supported. It makes sense to save labor costs, but it’s a shame to lose one of the nicer things about social media.

When I was a Cast Member a few families over the years gave me a small card to say “thank you”. Many were the size of business cards and had been personalized with messages like “Thanks for spreading the magic, The Smith Family” or “Thanks for making our day a magical one, The Jones Family.” Sadly, it is hard to recommend giving out such cards right now given the importance of physical distancing.

Instead of having individual thank you cards to give out, consider making a small sign. Many Cast Members are welding small paddle-like signs as a reminder to wear your mask properly and so on. Maybe return the favor and make your own paddle sign that’s easy to carry so you can hold it up quickly anytime you want to wish to thank a Cast Member. Get a little creative and think about what you’d want to see as a thank you or word of encouragement if you were a Cast Member in the parks.

A Verbal “Thank You”

A simple and heartfelt “thank you” said to a Cast Member with a smile goes a long way. Times are tough for everyone right now and even a simple “thank you” can help brighten a Cast Member’s day. And chances are the more you dish out the thanks the better you’ll feel. Even a head nod and a wave helps too.

Has a Cast Member ever helped to make your Disney vacation more magical? What are your suggestions for ways to thank a Cast Member?

The post How to Thank a Walt Disney World Cast Member for Great Service appeared first on TouringPlans.com Blog.

We reported earlier today that more Disney Cast Members will be returning to work and which locations they are returning too. Most are Disney restaurants. We noticed that some of those restaurants which are buffet style had the words ‘family style’ in parenthesis next to the restaurant name.

Two of the restaurants listed were Chef Mickey’s and Biergarten. These restaurants are normally buffet style where guests serve themselves. The ‘family style’ next to them could mean that they will no longer allow guests to serve themselves. Cast Members would bring guests food to their table on platters much like restaurants such as Ohana and Hoop-Dee-Doo Revue.

Disney has already shared that self serve changes will be implemented at Disney World. It was previously announced that beverages and other items that are usually self-serve will instead be served by Cast Members.

Keep in mind this is all speculation as Disney has not released an official statement regarding these restaurants switching from buffet style to family style.

More updates on the re-opening of Disney food and beverage! This afternoon, Disney will begin calling full-time workers back to these locations. Additional workers may also be called to some of the locations we announced last week on this Facebook page. We do not have any other information now. As soon as we have information about Park and Resort openings, we will post it here.

Stay tuned to more information here on Chip and Co!

We’ve been hard at work scoping out all the latest news for you this week. Today we have all the details on what’s happening that affects the Disney Parks.

Due to the current global situation, Disneyland, Tokyo Disneyland, Hong Kong Disneyland, and Disneyland Paris theme parks will be closed until further notice. Shanghai Disneyland reopened in mid-May and Disney World is REOPENING on July 11th! See all of our coverage HERE. And Disney Springs has REOPENED! Now — we still have a LOT to share with you this week, so let’s jump right in… .

New DFB Video — RARE THINGS in Disney World and How to FIND THEM!

Have you subscribed to the DFB YouTube Channel? We’ve got FOUR brand new videos EVERY WEEK showcasing our adventures in Disney World and Disneyland! This week, we’re sharing our latest video: RARE THINGS in Disney World and How to FIND THEM! — and don’t forget to subscribe here. You can order your copy today for 25% off the cover price! Just use code WDW2020! 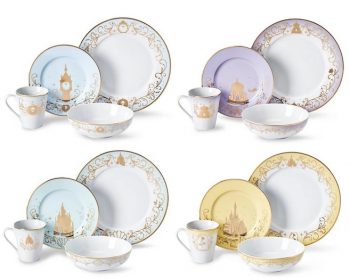 WDW for Grownups shared a review of The Polite Pig in Disney Springs.

Don’t Miss ANY Disney Food News! Join the DFB Newsletter to get all the breaking news right in your inbox! Click here to Subscribe!

A union leader recently announced that Walt Disney World Resort will be bringing back thousands of furloughed Cast Members. Due to the COVID-19 pandemic, Disney may have to reshuffle its employees to replace the positions formerly filled by Disney College Program interns. Eric Clinton, the Union Leader of 362, spoke about this update.

Eric Clinton provided an update on what the future of Disney theme parks might be like for both guests and Cast Members once they reopen. First, he expects roughly 8,000 Disney employees to return to work in the next few weeks. Starting in June, the Walt Disney Company will recall full-time attractions and custodian workers.

However, Mr. Clinton doesn’t expect all attractions to be available when the theme parks reopen. According to the union, Disney doesn’t plan to bring back seasonal employees for a while given the circumstances. Instead of cultural representatives, World Showcase will feature domestic workers filling in for duties at Epcot when the park reopens in July.

Furthermore, the Disney union leader even thinks that live entertainment shows, such as Beauty and the Beast Live at Hollywood Studios, might not return right away to Disney World. The need to practice social distancing will require shifts in available entertainment. The full list of what attractions will reopens is still unknown at this point in time. Clinton went on to say the following: