While Disneyland has already extended the expiration dates for its park tickets, we’ve been waiting to hear about other types of tickets including Military Salute Tickets.

So far, there hasn’t been any word on whether or not these tickets would be extended. But today, Disneyland has updated its website and provided new details on when 2020 Military Salute Tickets are set to expire.

Blockout dates will still apply, but the tickets may still be used on non-consecutive days. 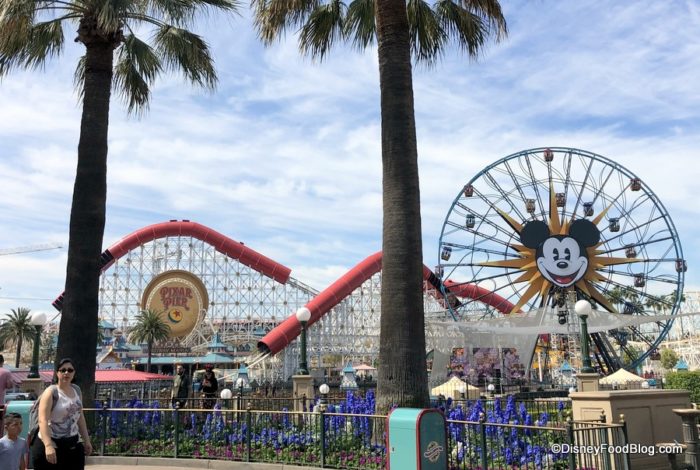 Keep in mind you will still need to obtain a park reservation in order to use your 2020 Military Salute Tickets when the parks reopen.

Do you have some 2020 Military Salute Tickets? Let us know if you’re excited about getting them extended in the comments below!

Now that Disney World is reopening July 11th and July 15th and Disneyland has a proposed reopening date, both resorts have stated they will be utilizing a new reservation system which will require all guests — including Annual Passholders — obtain a reservation to enter a park in advance of their visit.

We’ve been receiving a TON of questions about how this new reservation system will affect Annual Passholders since Disney hasn’t released very much info on the subject yet!

Disney World recently launched a new webpage for APs where we learned Annual Passholders will only be allowed to hold a certain number of reserved days at one time while park capacity is limited, but they didn’t give any explanation on what kind of compensation APs could expect for not being able to fully utilize their annual passes.

Thanks to a tip from nuptiousdisney on Instagram, we noticed something very interesting over on Shanghai Disneyland’s Annual Pass website. Shanghai Disneyland reopened on May 11th and is also using a new reservation system. Similar to Disney World and Disneyland’s annual passes, they’ve extended expiration dates for APs who have paid-in-full for their memberships or kept up with payments by how many days the parks have been closed, BUT their policy also says they will be extending expiration dates for the amount of time that their new reservation system will be in use, too!

If Shanghai Disneyland is implementing this new extension to make up for the AP restrictions, it seems possible this could happen for Disney World and Disneyland APs as well. Keep in mind though that neither Disney World nor Disneyland has stated that this will be the case once the U.S. parks reopen.

If Passholders have limited ability to access the parks during the initial reopening, an extension on passes through the first phase of the reopening would likely be a well-received gesture. Again, Disney World and Disneyland have NOT made this announcement on their websites, but we’ll be watching and let you know the second we see any updates!

What do you think? Should Disney World and Disneyland extend annual passes while the new reservation system is in use? Let us know in the comments below!